The latest Living Planet Report was released yesterday by WWF and the Global Footprint Network, which finds we are now using resources and producing carbon dioxide at a rate 50 percent faster than the Earth can sustain. 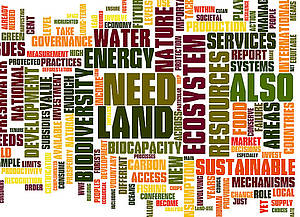 It comes in perfect timing with the upcoming COP10 meeting on the Convention on Biological Diversity (CBD) in Nagoya, Japan from 18 – 29 October, where the Parties to the Convention will decide upon what actions to take to stem the loss of biodiversity over the next ten years. 2010 is the International Year of Biodiversity, and also the year which the Parties to the CBD had agreed to achieve a significant reduction of the rate of loss of biodiversity. Despite some wins from the conservation movement, overall it is clear that attempts to slow the destruction of nature have failed miserably.

Some of the key findings from the Living Planet Report are:

Amidst all of this doom and gloom, this year’s report has made a point of emphasising the intimate connection between the preservation of biodiversity and human well-being, and a message that the path to sustainability is possible – but we need to make changes to how we live, and how we measure progress, in order to fit within the limits of a finite planet.

“The challenge posed by the Living Planet Report is clear,” said Jim Leape, Director General of WWF International. “Somehow we need to find a way to meet the needs of a growing and increasingly prosperous population within the resources of this one planet. All of us have to find a way to make better choices in what we consume and how we produce and use energy.”

Part of this transition to sustainability, I would argue, is to develop an economic system which recognises these limits, and which doesn’t require continuous growth in the consumption of natural resources and production of wastes in order stay affloat.

You can download the full report here, and also check out the many fantastic educational resources that WWF have developed alongside the report – including interactive graphs and maps, plus this cute video.

This article is a cross-post from Climate Shifts